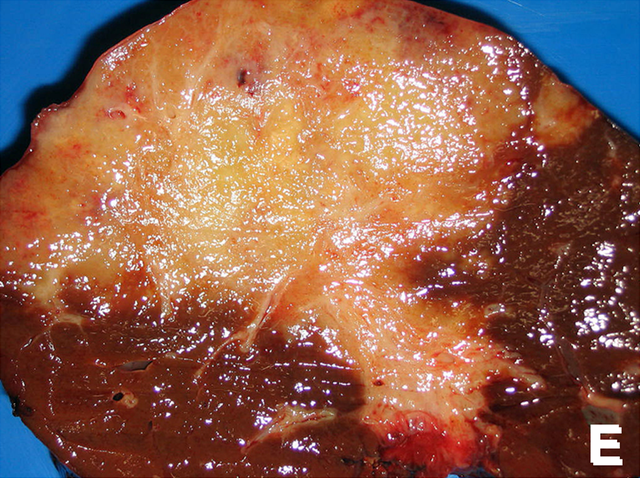 The bile ducts are thin conduits which extend from the liver to the small intestine. Their major function is to deliver bile which aids in the digestion of fats contained in food. Cholangiocarcinoma is a form of cancer arising from the cells lining the walls of the bile duct.

Cholangiocarcinoma is divided into three types, depending on where they manifest:

Cholangiocarcinoma, also known as bile duct cancer, is asymptomatic, and notoriously hard to diagnose. This is why they are rarely diagnosed during the early stages, which excludes surgical intervention as a treatment option.

Cholangiocarcinoma is extremely rare, and has an incidence rate of between 0.52 and 0.80 people per 100,000. The disease tends to manifest itself between the ages of 50 and 70, and is more prevalent among men by a ratio of 1.3 to 1. Recent data indicates that Native Americans and South Asians are more predisposed to be afflicted with the disease.

Cholangiocarcinoma can grow either in the extra or intra hepatic biliary tract of the bile ducts. The etiology (cause) remains unknown, but researchers believed that genetics, diet and environmental factors play a role. The extra hepatic growth, called Klatskin tumour, is more frequently observed in patients.

The risk factors of cholangiocarcinoma include sclerosing cholangitis (primary and secondary), choledochal cysts, and parasitic infections (Clonorchis sinensis and Opisthochis viverrini). These side effects will eventually lead to chronic biliary inflammation.

Typically, manifestations of cholangiocarcinoma are not noted until the disease has reached an advance stage since it demonstrates no unique symptoms. In fact, they are usually discovered accidently when MRI is performed for unrelated reasons, such as gallbladder removal.

However, patients who contract jaundice or experience chronic abdominal pain, fatigue and fever, as well as unexplained and sustained weight loss, may want to consult a doctor.

Patients who exhibit symptoms of cholangiocarcinoma may be asked to take multiple blood tests, biopsy and endoscopic procedures (ultrasound). Once confirmed, patients will need to take imaging tests (MRI or CT scan) to determine the size of the tumour and the general health of the affected area. Stents may be inserted into blocked bile ducts to manage jaundice.

Treatment and prognosis of cholangiocarcinoma

Treatment for localised tumours can be made through surgical resection. Depending on the severity of the diseases, surgeons may need to perform resection of part of the stomach, liver, pancreas and bile duct.

Preventative post-operative chemotherapy, along with oral prescription of gemcitabine and oxaliplatin, may also be administered to reduce the possibility of re-emergence, although its efficacy is still under debate.

Unfortunately, for reasons mentioned above, the diagnoses for the majority of patients are made at advance stages of the disease. As such, surgical intervention is no longer possible. In such cases, the only course of treatment is chemotherapy. However, chemotherapy treatment is not curative, and is only meant to control the spread of cholangiocarcinoma and delay systemic organ failure.

The prognosis for cholangiocarcinoma is not rosy; the five year survival rate is ranges between 2% and 24%.